The members of the Board of Directors come from diverse backgrounds and experiences, but share their passion for the choral arts. We are always seeking new Board members whose skills complement those around the table. The OCWC’s Board is both a working board and a governing board, and board members give generously of their time, talent, and treasure. Board terms are three years, but shorter terms to fill open seats may be available. For more information about serving on our board, click here to download our current board service package. Visit our Volunteer page to view our current openings, and email us for more information!

Mary C. Langsdorf, President of the Board 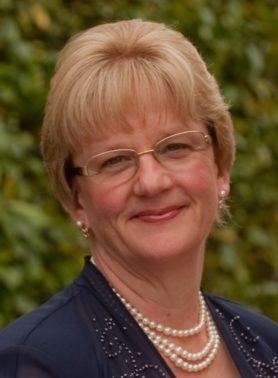 Mary Langsdorf is the founding Board president, and hosted the original planning meeting for the group that would become the OCWC in the summer of 1997. A life-long chorister, she began singing in the church choir at age seven when her older sister convinced the choirmaster to take her a year early because she already knew most of the hymns. Although she never studied music privately or pursued it in college, choral music has always been her passion, and a source of joy. She has been singing with the OCWC since the first rehearsal.

Mary retired from her position as Senior Vice President of Finance at PacifiCare Health Systems, Inc. in 2001 to spend more time with her family after nearly thirteen years of progressively responsible positions in the corporate finance department. Prior to PacifiCare, she worked as an audit manager for Ernst & Young, LLP. Mary holds a Bachelor of Science degree in international management and accounting with minors in economics and French, and was licensed as a CPA in the state of Connecticut. Since her retirement, she has devoted much of her time to learning about the nonprofit sector and serving as the OCWC’s volunteer executive director.

Mary and her husband, Bill, make their home in San Juan Capistrano. Their daughter Meghan,  her husband Eric, and their grand-dog Penny are exploring city life in San Francisco. Their daughter Mary Eileen, her fiancé Joshua, and their grand-dog Luna live in Vancouver, Washington. When she isn’t singing, Mary enjoys walking on the beach, traveling (when it’s possible again!), and creating food for her family and friends that is both healthy and beautiful.

Mary can be reached at mary@ocwomenschorus.org. 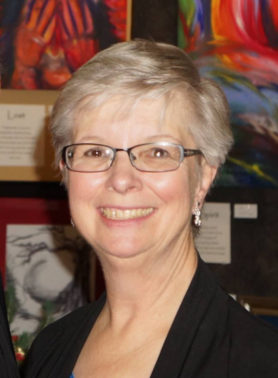 Kathy Baldasari has been singing with the OCWC since 1998 and was elected to the Board in 2000. She has served as the OCWC chief financial officer for most of her tenure on the Board. Kathy is a retired engineering manager from Raytheon Network Centric Systems, where she was responsible for metrics development and analysis for the California region’s software center. Kathy holds a Bachelor of Science degree in mathematics from Stanford University and a Master of Science degree in operations research from the University of California – Berkeley.

Since retiring, Kathy has been enjoying hiking and shooting photos with her husband, Nick, and spending time with her two grandchildren, Miles and Sierra.

Kathy can be reached at kathy@ocwomenschorus.org.

Marjorie A. Beale, Tours and Commissioning 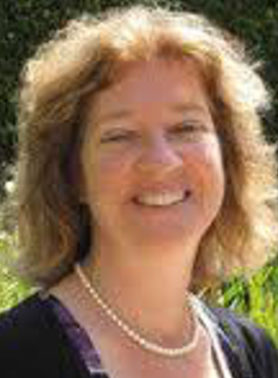 Marjorie A. Beale, Tours and Commissioning

Marjorie Beale has been a member of the OCWC since 1998, and has served on the board for six years in various capacities, including chair of fundraising, and more recently, director for touring and commissions.  An Orange County native, she got involved in choral singing as part of the Crystal Cathedral’s youth chorus, and joined the OCWC during its first year.

Marjorie served as a faculty member in UC Irvine’s Department of History during the 1990’s, teaching European intellectual history and critical theory, and was educated at MIT, Harvard, the Institut d’Etudes Politiques and UC Berkeley, where she was awarded her doctoral degree in 1990.  After eight years as a faculty member, she transitioned to a career in fundraising, working with major national foundations, and eventually leading UC Irvine’s fundraising efforts for scientific research.  After retiring from UC Irvine in 2013, she  took on a leadership role in USC’s campaign for the Dornsife College of Letters, Arts and Sciences.  More recently, she restructured and led programs in foundation relations and principal giving at the California Institute of Technology, helping their program surpass the $1.5 billion mark in their $2 billion BreakThrough campaign.  In February 2018, she launched an independent consulting practice focused on research development and social impact investing. On a pro bono basis, she is working with Claremont Lincoln University and a small group of donors to develop an online course on mindfulness and empathy for use by teachers and nonprofit managers.

As a fan of all things avant-garde and provocative, Marjorie is a past board member of the Long Beach Opera, and regularly attends the Ojai Festival, the Monday Evening Concerts, and Piano Spheres, among other new music events in Los Angeles.  A long-time student of yoga, she teaches (and continues to study) Vedic chanting, and also enjoys gourmet cooking, wine, hiking and international travel.  She lives in the Hollywood Hills with her husband Bill, an awesome garden and two very sociable cats, and spends much of her spare time at Disney Hall enjoying performances of contemporary music, opera and jazz, as well as the classic symphonic repertoire.

Marjorie can be reached at marjorie@ocwomenschorus.org. 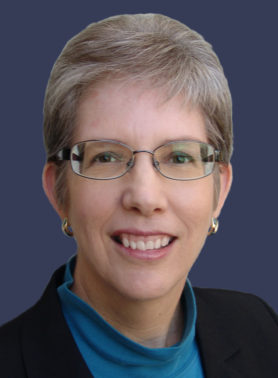 Janet Bratton was elected to the Board in 2001 and has been a singer in the OCWC since 1999. She is a retired senior manager in software engineering at Raytheon. Janet holds a Bachelor of Arts degree in mathematics from California State University Fullerton. Prior to her math degree, she completed a Bachelor of Arts degree in music at California State University Los Angeles as the first woman to graduate from the classical guitar program.  In retirement, Janet has taken up quilting, volunteering with Girls Inc., and singing with her OCWC barbershop quartet.

Janet can be reached at janet@ocwomenschorus.org. 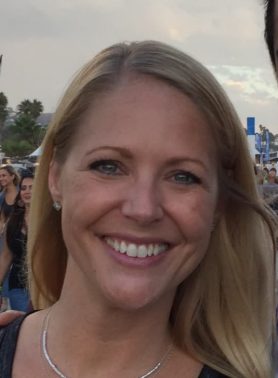 Laurel Chowdhury has been a member of the OCWC since 2017 and was elected to the board in 2019.  As a young girl in central Minnesota, her love of singing began with her church “cherub” choir and continued through her college years at Concordia College in Moorhead, MN.  With her BA degrees in Communications and Apparel & Design, she started her 20+ year career in marketing and communications for various industries including consumer packaged goods, adult beverages, entertainment, health and beauty and education.

In 2001, she and her husband moved to Southern California in search of new adventures, fulfilling careers and warmer weather.  After several years of independent consulting, Laurel is now focusing on volunteering, spending time with her family and raising her young son.  She is thrilled to have discovered the OCWC in order to put her musical talents to use again as well as her professional experience in the capacity of marketing and public relations.

Laurel can be reached at laurel@ocwomenschorus.org. 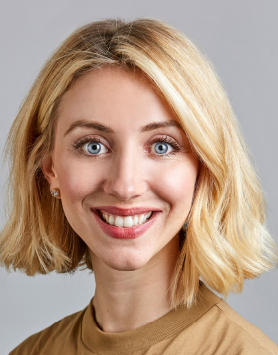 Marguerite (Maggie) Duprieu has been a member of the OCWC since 2021 and was elected to the board in May 2022. She is a Director in PricewaterhouseCooper’s Financial Markets and Real Estate practice where she advises companies on current accounting issues, developments, and the application of accounting standards for structured transactions, derivatives, investments, and financing transactions under US GAAP.

Maggie graduated from the Marriott School of Business at Brigham Young University with a Masters and Bachelors in Accountancy. She obtained a minor in music.

Maggie is a CPA licensed in the states of New York and California and is a member of the American Institute of Certified Public Accountants (AICPA). She and her husband moved from New York to Southern California with their young son during the pandemic, and we’re thrilled that she found us when looking for a new choir. They will be welcoming a new member of the family in late May 2022.

Maggie can be reached at maggie@ocwomenschorus.org. 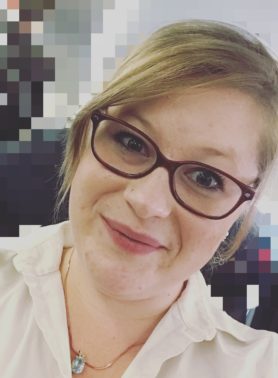 Heather has been a member of the chorus since 2013 and was elected to the board in 2015. She has her Bachelor of Arts degree in Japanese from Oregon University and recently completed her master’s degree in Educational Technology at California State University-Long Beach. Heather is a Senior Mac Engineer for AbbVie and loves to blend her passion for technology and music (the iSing of a Maiden concert was a dream come true)!

Heather is passionate about choral music, and brings her boundless energy and enthusiasm to the OCWC board. She is leading our fundraising and development team, and is always looking for volunteers. She also assists us with all our technology needs, from teaching our singers to use our chorus management tools and donation apps to helping the board develop requirements for new systems.

Heather can be reached at heather@ocwomenschorus.org. 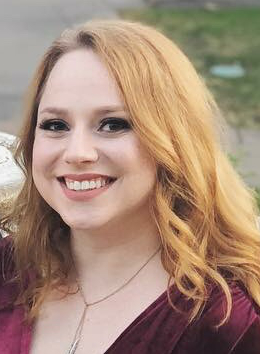 Katrina Veldkamp joined the OCWC in 2018 after relocating to Orange County from LA, and was elected to the Board in 2019. She is an attorney with Boutwell Fay, LLP, specializing in Employee Benefits and ERISA. Katrina is a Southern California native and a double Bruin – she has a Bachelor of Arts in English and a Juris Doctor from UCLA. She spends her free time reading, baking, and cuddling with her cats, Buttons and Butternut.

Katrina can be reached at katrina@ocwomenschorus.org.

Back To Who We Are