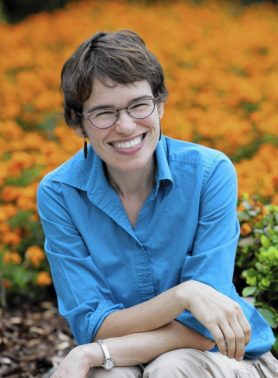 Eliza Rubenstein is the Director of Choral and Vocal Activities at Orange Coast College and the Artistic Director of the Long Beach Chorale & Chamber Orchestra, in addition to serving as the Artistic Director for the OCWC since January 2000. Born into a musical family in Missouri, she told her parents when she was four that she wanted to take violin lessons so that she could “play on street corners for money” when she grew up. Though that particular career path was diverted, she studied choral conducting and English literature at the Oberlin Conservatory of Music before moving to California to earn her master’s degree at UC-Irvine. Choruses under her direction have performed throughout the United States and the United Kingdom, and she made her Carnegie Hall debut in June 2017, conducting the Carnegie premiere of Kirke Mechem’s choral-orchestral cantata “Songs of the Slave.” She also serves on the board of the California Choral Directors’ Association as the editor of the award-winning Cantate magazine.

Eliza is a former animal-shelter supervisor and the co-author of a book about dog adoption; she even presented a seminar called “Sit, Stay, Sing!: What Choral Conductors Can Learn from Dog Trainers” at the 2006 ACDA western-division convention. Her family includes her partner, Julie; a yellow Labrador and retired service dog, Dayton; and a grey cat, Wilbur. When not making music, Eliza is passionate about photography, grammar, the St. Louis Cardinals, and the St. Louis Blues.

Eliza can be reached at eliza@ocwomenschorus.org. 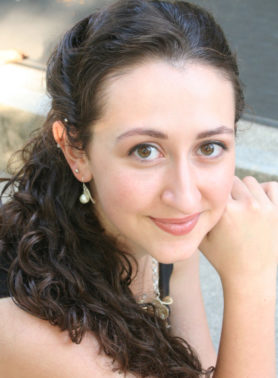 Sarah Hughes, the OCWC’s Assistant Director since 2013, is a 2011 graduate of the Conservatory of Music at Chapman University in Orange, CA. She holds a Bachelor of Music degree in music education with an emphasis in voice and completed her Master of Arts degree in teaching at Chapman’s College of Educational Studies in 2016.

Sarah has a long history of singing with choirs. Some of her most memorable performances include singing the soprano solos for the Mozart Requiem and Haydn’s Little Organ Mass with the Mesa Verde United Methodist Church Choir; conducting and performing with the OCWC in Chepstow Castle on their UK tour; singing Haydn’s Lord Nelson Mass with the Idyllwild Festival choir; performing at the 2012 ACDA Western Division Conference with the OCWC; and singing the soprano solos for Debussy’s Salut Printemps with the Chapman Chamber Orchestra and University Singers.

Sarah’s passion for music has led her to pursue a career in teaching and conducting. She has directed high school summer choral camps, teaching styles ranging from Baroque classics to show choir pop arrangements. In addition to working with high school students, Sarah has specialized in church music for both youth and adult choirs. She currently teaches music to students in K-5th grade in Fountain Valley School District and maintains a private voice studio. If she’s not swing dancing or scaling rocks and walls, you’ll find her curled up with a cup of coffee and a pair of knitting needles.

Sarah can be reached at sarah@ocwomenschorus.org. 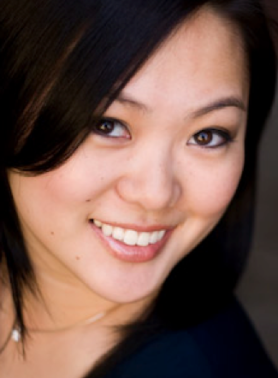 Janelle Kim was born in Seoul, South Korea, but has lived most of her professional life in the United States. She began her piano studies at age 7 and won her first competition at age 15. She received her Bachelor’s and Master’s degrees in piano performance from California State University-Fullerton, where she studied with Eduardo Delgado and was invited to become a member of the honors society Pi Kappa Lambda. Janelle has been a featured soloist with the Orange Coast College Symphony and the Corona Symphony. Besides performing, her other main passion is teaching: she serves as a part-time instructor and accompanist at Orange Coast College and also teaches at her private piano studio. She is honored to have been the collaborative pianist to the Orange County Women’s Chorus since 2010 and looks forward to many more exciting, music-making years. She had the world’s most faithful (but not the best-trained) friend in Yogi the Maltese. 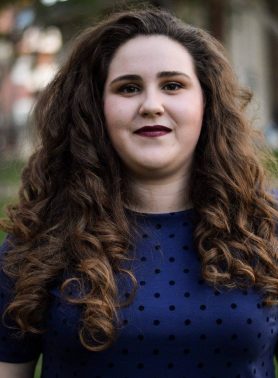 Isabella Custino is a Los Angeles-based choral conductor, educator, and vocalist originally from the San Francisco Bay Area. She is a state certified K-12 music teacher in California and graduated from USC where she received a BA in Choral Music and a Minor in Music Production. Currently, she is working toward her MA in Music and Music Education from Teachers College, Columbia University through their Summer Hybrid program.

During her time at USC, Isabella participated as an alto in the USC Chamber Singers under the direction of Dr. Jo-Michael Scheibe. As a member of the Chamber Singers, Isabella performed with the Rolling Stones, Beethoven’s Symphony No. 9 and Lauridsen’s Lux Aeterna with Carl St. Clair, Considering Matthew Shepard with Craig Hella Johnson, and Mozart’s Requiem with Jaime Martín and the Los Angeles Chamber Orchestra. She also toured with the ensemble to the Baltics and Poland.

Isabella is thrilled to work with the Orange County Women’s Chorus and improve her skills as a conductor, musician, and educator throughout this season.

Back To Who We Are