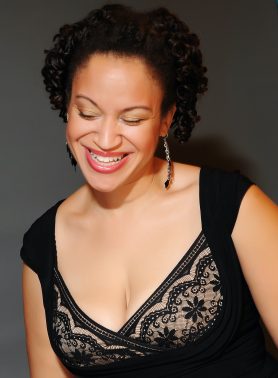 American soprano Marlissa Hudson has been described as a “superb lyric coloratura” (St. Louis Post-Dispatch), and as having a “lovely shimmer of her upper register” (Washington Post). At home both on the operatic and concert stage, she made her professional debut while a student, performing “Summertime” from Porgy and Bess with the Baltimore Symphony Pops Orchestra under the baton of Marvin Hamlisch.

Recognized as an international concert performer, Marlissa has been featured in Bulgaria and Paraguay, and has collaborated in the U.S. with such esteemed organizations as the Saint Louis Symphony Orchestra, Baltimore Symphony Pops Orchestra, National Philharmonic, Vocal Essence, the 92nd Street Y, and members of the Arianna Quartet. Recitals are a definitive niche, and she has performed as a recitalist across the continental U.S. and St. Croix US VI. She made her Carnegie Hall debut in 2017, performing Kirke Mechem’s Songs of the Slave with members of the OCWC under the direction of Eliza Rubenstein.

Marlissa’s 2020-2021 season highlight was a return to the St. Louis Symphony, with COVID-19 causing the cancellation of performances with the National Philharmonic (Carmina Burana), a debut in Brazil performing excerpts from Porgy and Bess, and a massive recording/release of the songs of Artur Schnabel in collaboration with renowned pianist Jenny Lin. She has been booked for a return to Carnegie Hall in 2022 as the soprano soloist in Haydn’s Lord Nelson Mass and with the National Philharmonic for Carmina Burana in 2023.

As a recording and performing artist, Marlissa has been featured on multiple labels singing the work of modern composers. Her discography also includes two albums, “Libera” and “Lust,” which was funded in part by a successful $15,000 Kickstarter campaign.

Also a successful entrepreneur, Marlissa is the managing partner of English Hudson Consulting, a Black woman-owned firm dedicated to aligning resources with organizations that are shifting power and centering equity, sustainability, and liberation. Verticals include fundraising, executive searches, and board development.

Marlissa received her formal training at Duke University and the Peabody Institute of Johns Hopkins University, earning awards for music at both schools. 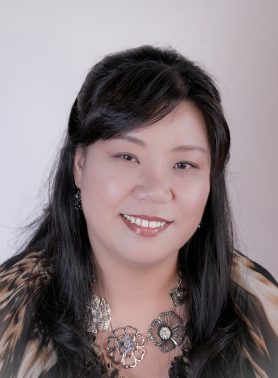 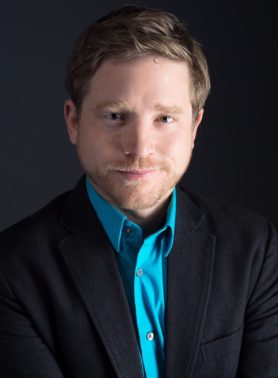 Jon Lee Keenan is a native of Las Vegas, Nevada. Influenced at a young age by his father, a classically trained jazz saxophonist, Jon cultivated an interest for performing a variety of musical styles. After earning a triple degree in music at UNLV in Las Vegas, Jon moved to Southern California to pursue a career in classical singing, studying Vocal Arts at the USC Thornton School of Music. Jon was first introduced to the Los Angeles classical music scene by the Los Angeles Master Chorale, with whom he has been featured as a soloist at Walt Disney Concert Hall in each season since joining the group in 2007. Recent highlights with LAMC include the role of Evangelist in Bach’s St. Matthew Passion and tenor soloist in Handel’s Messiah and Bach’s Magnificat. As an in-demand performer of new music, Jon has helped create several new exciting characters through collaborations with experimental opera producers at The Industry LA, including “Clyde Barrow” in Bonnie and Clyde (Andrew McIntosh), “Gunner” in War of the Worlds (Anne Gosfeld) and the Captain in Sweet Land. 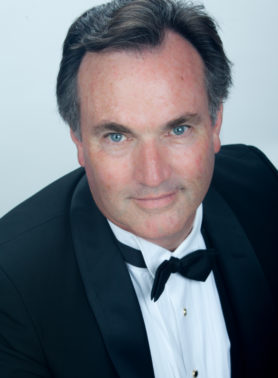 David Stoneman is known for his work in both classic and modern opera. The California native has sung with opera companies from Santa Barbara to Boston in repertoire ranging from Henry Purcell to Philip Glass and in roles from Figaro to Scarpia. After studying locally (OCC, Chapman, and USC), he spent two decades in Boston and New York singing opera and oratorio. Locally, David has appeared over two dozen times in concerts with Pacific Symphony. His oratorio repertoire includes works as diverse as the requiems of Mozart, Brahms, and Verdi, Stravinsky’s Mass, and Orff’s Carmina Burana. Under the baton of Eliza Rubenstein, he has sung the solos in Bach’s Mass in B Minor, Vaughan Williams’ Dona Nobis Pacem, and Mendelssohn’s Elijah. Though opera has been the main focus of his singing career, on the lighter side, David has enjoyed roles in Follies, South Pacific, Six Degrees of Separation, Forty-Second Street and Sweeney Todd. His recently released recordings include The Juniper Tree by Philip Glass and 2116, a new musical by the late science fiction writer Ray Bradbury. David is also a Registered Piano Technician. 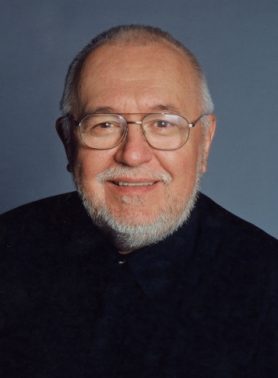 Men in Blaque, formed in 1997 at the University of California, Irvine, present the traditions in singing 15th – 21st century choral music in original voicing. Over 350 selections are in the repertoire of this eclectic repertory ensemble. Following the lead of Chanticleer and the King’s Singers, Men in Blaque performs music from many eras and genres. The singers include computer specialists, dancers, clergy as well as students majoring in music, biology, physics, history, computer science and business. The wide range of repertoire and performance programming includes scripted narrative, choreographic staging and concert positioning to help enhance and project the style of the music. At the invitation of the artistic director of the XX Semana Coral Internacional de Alava and Caja de Burgos International Days on Choral Music, found the men in Spain during the memorable and historical date of September 11, 2001. The concert that took place at the church in Izzara, in the foothills of northern Spain, was captured on a live digital recording. The Men in Blaque shared a workshop with the internationally acclaimed ensemble, Chanticleer, in February, 2005 at UC Irvine.

2006 saw the Men in Blaque invited to compete in the World Choir Games in Xiamen, China. Our two silver medal performances and gold certificate for the highest score in the preliminary rounds from 240 choirs afforded much excitement in the UC Irvine community. At the World Choir Games of 2010, a Championship Trophy, three Gold Medals and Category Winners in Shaoxing, China made the Men in Blaque celebrated winners. In July 2014 the men won championship Trophies in Bratislava, Slovakia. A concert tour to Cape Town and Johannesburg in July 2016 included programs with two of South Africa’s finest chamber choirs. Men in Blaque competed at the International Musical Eisteddfod Wales in July 2017 where they placed first in Male Choir and Folk Song; second in Open Category, and third in A capella Category. Recently, the Men in Blaque participated in the World Choral Festival of Puebla-Mexico August 2018 and the Sacred Music Festival in Nis, Serbia in 2019.

Men in Blaque have recorded five CDs, the most recent being released in 2015. They have also commissioned 15 new works to date. Vytautus Miskinis, Javier Busto and Imant Raminsh are among noted composers writing for the award-winning ensemble. Kirke Mechem, America’s dean of composers, wrote SING!, premiered by Men in Blaque in November 2016. Sydney Guillaume composed RAMEN, RAMEN in 2019.

Before coming to California, Huszti headed the choral activities at Boston University’s School for the Arts and directed the Young Vocalists Program from 1972-1977 in Lenox, Massachusetts at the Tanglewood Festival. He collaborated with internationally renowned musicians including Leonard Bernstein, Aaron Copland and Norman Dello Joio.